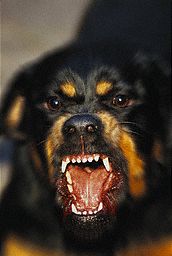 The Talking Dog is a proud graduate of Columbia University's last all-male class (an illustrious group which featured noted celebrities Miguel Estrada and Peter Bocanovic). TD then completed law school at New York University in 1986, duly passed the bars of New York and New Jersey (he wasn't thirsty at the time) and since then has specialized in name changes for transsexuals, defending the downtrodden, and pursuing justice down stairways or alleyways or wherever else it seems to be hiding, often accompanied by his trusty paralegal (and Spanish translator) Sancho.

His hobbies include freelancing as an assassin for the CIA, driving around in a van and solving mysteries, and translating original manuscripts of Russian classics into Portuguese. Rumors are that these days, he might have a responsible day job...

TD lives in Brooklyn, NY, as do 2.4 million other people.

Go Back To The Home Page